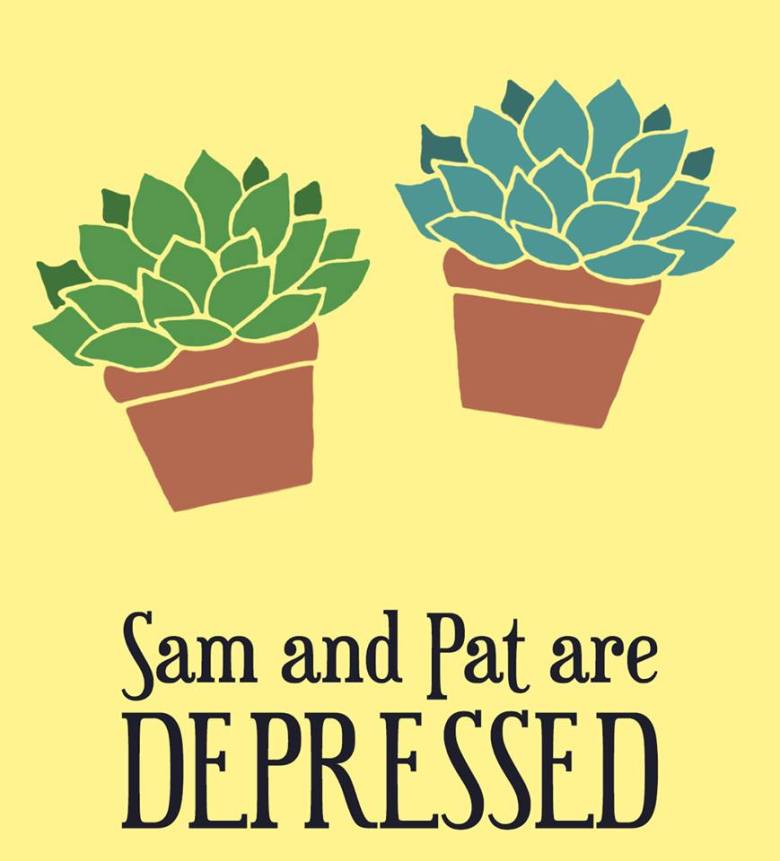 Sam and Pat are Depressed is a web series created by Bri Castellini and co-starring Bri and myself. It’s an irreverent comedy about two oddballs living with depression and each other and their experiences being in therapy. It’s made up of nine short episodes that are perfect for binging.

While I just acted in (and helped inspire!) season one, I came on board as a writer and executive producer for the season two.

DISCLAIMER: While I am very proud of the first two seasons of this show, they do feature me in boy mode, which I have ambivalent feelings about. I think they are really good examples of what Bri and I can do, and thus want people to watch them, as long as it’s clear that that’s not who I am anymore.

Seasons one and two can be found on seeka.tv/samandpat, on Amazon, or on Youtube.

I can be social